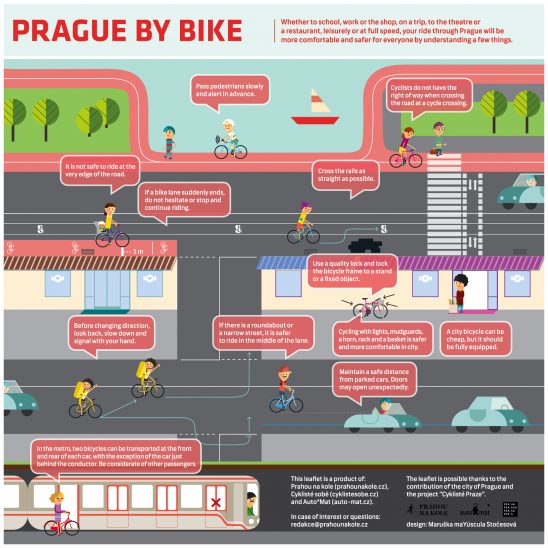 Cyclists do not have priority when crossing a street. At pedestrian crossings, cyclists must dismount the bike. When you are in a bike lane that goes along the lane for cars, be careful of cars turning to other streets. 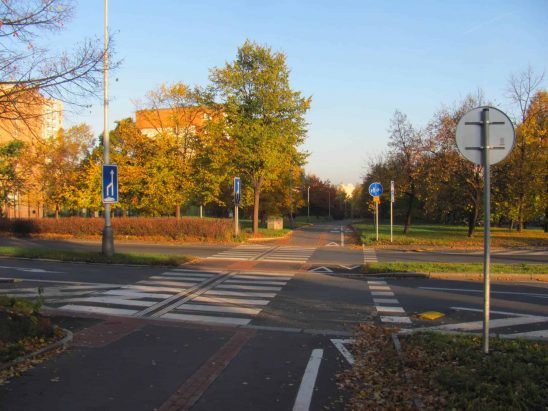 Bicycles do not have priority here.

Riding among the cars

Cycling in 50 km/h limited speed streets is not dangerous. Ride about 1 meter from the sidewalk so cars won’t overtake you too close. You will also avoid sewer hatches, cars entering traffic, and pedestrians crossing the streets. You will be also more visible, especially at crossroads and intersections.
Do not ride too far to the right of the lane especially when cars are parked along the street: be careful of opening car doors. 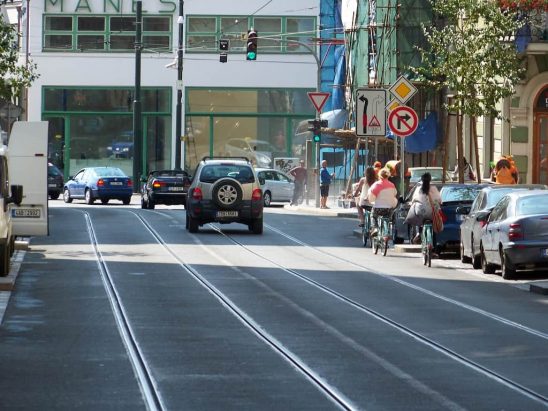 Don’t ride like this. Keep the distance, be aware of the door zone.

Lights (required for riding at night), mudguards, fenders, ring-bell, rear rack, or a basket are all useful for urban riding. You don’t need special sport clothes or cycling kits for a short ride in the city. It’s more practical to wear common clothes. If you don’t want to sweat, don’t ride with a backpack on your back.

First, look back and indicate with your arm in advance that you want to turn left. Then cross the lane when free and wait at the crossroad. In heavy traffic, avoid turning directly to the left by first going to the right and waiting until the road is free.

In Prague, there are several one-way streets with contraflow lanes for cyclists. In other cases, be extremely cautious or find an alternate route. 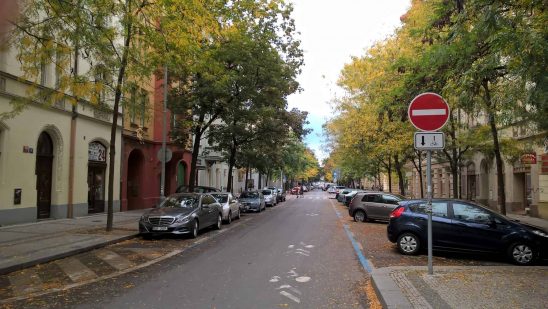 A cycle-lane is a part of the road reserved for cyclists. When the lane ends, do not go on the sidewalk but carefully keep on going straight and merge with the traffic on the right. Even in cycle-lanes, be careful of parked cars opening doors. 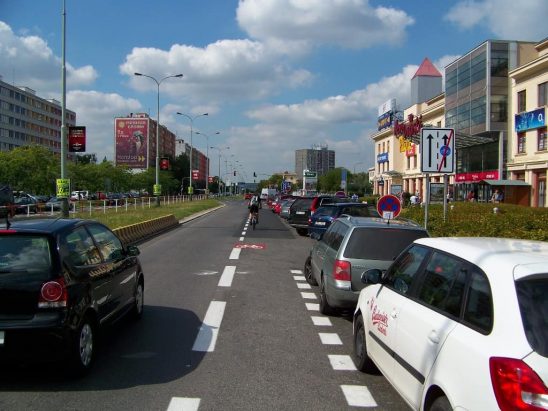 Riding in the middle of the lane

Ride to the middle of the lane when the road is so narrow that cars cannot overtake you safely.
Always ride in the middle when approaching a roundabout and when on it, at crossroads and in other potentially dangerous situations (when you don’t want to be overtaken). Before going to the middle, signal with your arm that you plan to do so. Drivers generally respect self-confident behavior when they see it in advance.

It is possible to park the bike in the street. Use a good quality “U” lock. Don’t use a cheap cable lock.
Lock the frame, not only the wheel, to a stable object that can not be moved. Lock your bike in a very busy and visible place. The best racks are the ones in the shape of an inverse “U”, railings and traffic-signs. 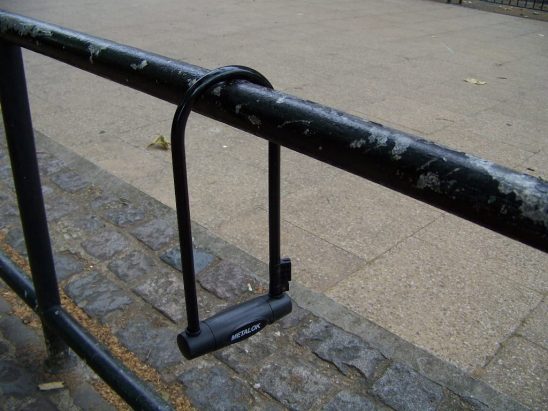 Paths for pedestrians and cyclists

Always be considerate towards pedestrians. Overtake them slowly and with a safe distance. If pedestrians don’t see you, ring or otherwise indicate your presence in advance. 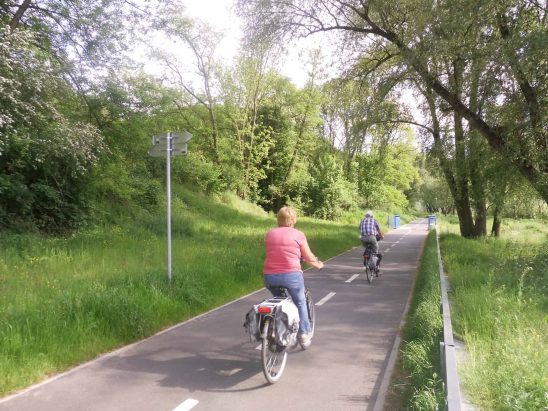 This is a shared path as well. Ride carefully!

They are slippery and potentially dangerous! Avoid getting your tire caught by crossing the rails as perpendicular as possible and do not turn. If there is not enough space between the rails and parked cars or sidewalks, ride between rails rather than on the right.